You may not be aware of it, but you may have a little kingdom living near you — complete with a Royal Highness. Every now and then, this member of royalty may be an unknown guest in your home. No, we’re not talking about the British royal family but a smaller colony of ants with their queen ant.

Ants are fascinating creatures, especially when you observe how structured their colonies are. And the queen ant plays a pivotal role in the success and survival of their nest. Learn more about queen ants and their impact on the ant colony.

What Is A Queen Ant?

A queen ant is the supreme leader of an ant colony and is crucial for the survival of the ant colony.

Once a queen ant leaves its birth colony and begins mating, the young queen needs to find a new nest where she can lay her first batch of eggs. Later, when the larvae become mature enough, they will take care of their queen mother so she can entirely focus on her other role — becoming an effective egg-laying machine.

Did you know that queen ants can produce hundreds or thousands of eggs per day, often resulting in laying millions of eggs in their lifetime? That’s right. The queen ant mates only once and stores all the sperm in a sac called the spermatheca. These sperm cells are then used to create countless ants.

Queen ants also live much longer, up to 30 years, compared to the other ants. They are also bigger than the other ants — probably to allow the queens to lay those eggs. Also, queen ants often have wings, so it makes sense that they have the needed muscle and size to accommodate the extra appendages.

If you want an easier way to spot the queen, just observe the other ants and see which ant they are paying attention to. The working ants often feed and clean the queen ant. Some even climb over her to protect her and the ant eggs.

How Ant Colonies Are Structured

Ants are social creatures, meaning they always live in groups. Each ant also belongs to a different caste to ensure that everything is well provided for in the entire colony.

The structure and working system of ants are pretty impressive and intriguing. They have an effective hierarchy and each ant plays a vital role in its colony. These creatures take their roles seriously to ensure the survival and welfare of their colony.

The Four Different Types Of Ants 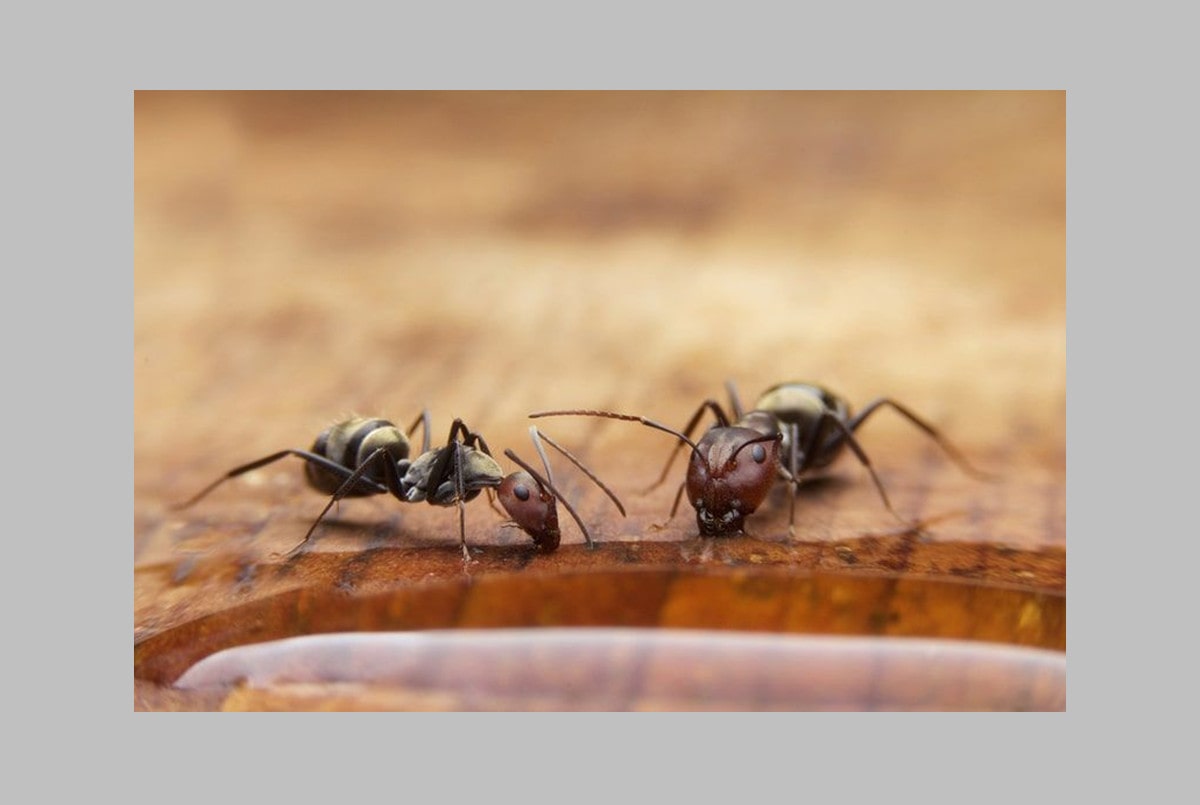 The queen ant controls its offspring, with fertilized eggs becoming females — either female workers unable to produce or the future queens of the colony. The unfertilized eggs are male ants.

Some colonies have more than one queen ant, which intensifies the breeding program and allows the territory to expand faster. In contrast, some colonies don’t have a queen ant at all.

Reproductive males are almost the same size if not a bit larger than the working ants. They have small heads and large eyes. Sometimes, they are referred to as flying sperms because all male ants have sperm that is identical to the rest of the male population of their colony.

While the queen is busy multiplying the colony, the worker ants are responsible for keeping their territory functional and safe. Some workers are even tasked with babysitting jobs such as tending to the eggs produced by the queen and assisting the developing ants as they go through the ant phases and turn into larvae and pupae.

Other tasks that fall under the workers are to leave their colony and look for food. The largest ants travel the farthest away from their territory. And to find their way back home, they leave a trail of chemicals they can follow. Most of the workers stay within their territory and only go if food is scarce or on a need-only basis.

Workers are also responsible for building the colony’s nest and excavating new tunnels in their homes. As their colony grows, the workers make the necessary adjustments to accommodate everyone in their home.

As the name suggests, these ants are tasked with protecting their colony. Soldier ants are built bigger than the workers, with more evident and stronger mandibles and larger heads.

These mandibles function like pincers to help the soldier ants fight off the predators threatening their colony. They are also tasked with carrying the heaviest loads of prey to their colony bivouac.

What Happens If You Kill A Queen Ant?

When the queen ant dies, the colony will eventually perish. This is because ants don’t flee or transfer to another nest when their queen passes away. The ants go about business as usual and will continue to bring all their resources into the territory until they die.

This is why during ant extermination, the goal is always to get rid of the queen because then, you are essentially rid of the other ants naturally.