close
Waximal > Inspiration > What Does It Mean When You See an Owl During the Day?

An owl is one of the most fascinating creatures on earth, especially because of its distinctive physical features and the mystery surrounding it. It’s a clandestine bird that likes to stay out of sight and makes a distinctive sound for various reasons.

Due to its clandestine nature, many people associate an owl with black magic and superstition, with some people coming up with all manner of beliefs about an encounter with an owl. This article addresses one of the most common questions about owls: What does it mean when you see an owl during the day?

What Do Owls Symbolize? 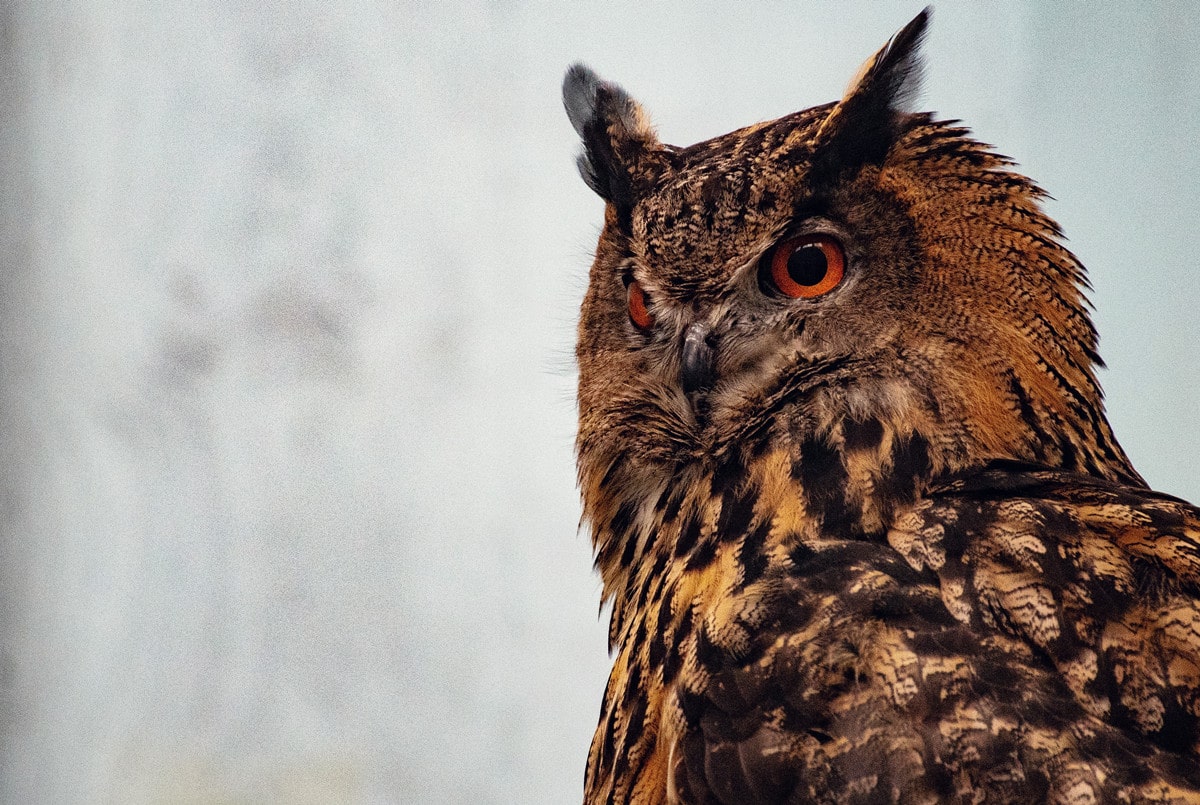 When life’s mysteries surpass our human comprehension, we turn to nature’s symbolism for meaning. For example, some people interpret their encounters with owls to mean different things, both good and bad. Many cultures around the world associate owls with spiritual goings-on, with some believing that these birds serve as a link between life and death.

Some people also believe that owls are used by the dead to deliver messages to the living. That’s why some will see them as a warning of something bad that’s about to happen like death, while others see them as a sign of good tidings that are on the way.

Although this type of symbolism is associated with other birds, the nocturnal owl is held in very high regard when it comes to mysticism because of its unique characteristics and overall demeanor.

That’s why many people use owl sightings to find meanings that can help them understand the world around them better and have an inner awareness of why certain things happen the way they do. However, you need to understand that the presence of an owl can mean different things depending on who sees it and when they see it.

For instance, seeing an owl at night may not mean the same thing as seeing it during the day. In some cultures, owls are believed to be magicians, sorcerers, and witches who transform themselves when casting spells. Others view them as proclaimers of death, especially when they see or hear them at night.

In many African societies, the sound of an owl near a homestead is interpreted to mean that a member of that home will die. So, many Africans are alarmed when an owl hoots near their house, especially if they already have a sick family member. Other people view owls as symbols of supernatural wisdom, intense intelligence, and magnificent silence, especially the white owls.

These birds are known to be great thinkers and predators mainly because they like using well-thought-out strategies to accomplish things instead of applying brute force. Therefore, some cultures consider these owls as symbols of wisdom and fortitude. In native America, owls are seen as symbols of both death and intelligence.

Many Native Americans see these birds as intelligent creatures that guard sacred knowledge, such as weather patterns and the mysteries of life after death. They believe that these birds carry the souls of people to the other side when they die. That’s why they consider the sound of an owl in their neighborhood a bad omen.

Traditionally, Native American parents scared their kids into staying indoors at night using scary stories about owls. To date, some of these scary legends are still being told in some Native American communities. Some people even believe that the profound bony circular lines around the eyes of an owl are the fingernails of ghosts or dead people.

Therefore, they consider the sighting of this bird as a message from their departed ancestors or as a warning from their dead relatives about family members who have gone against their family traditions. But not all owl sightings are associated with death and calamity.

In the Hopi tribe, the fascinating horned owl (Mongwu) is considered to be a protector of the tribe against the antics of the Koshari clown. Other people consider owls as harmless birds that were condemned into the darkness by God because of their indolence.

As discussed above, some people interpret the sighting of an owl as a bad omen while others consider it to be a sign of good things to come. Although most of these beliefs are mere superstitions, some cultures have held them for so long that they’ve become reality.

Unfortunately, some people, especially those who see them as carriers of evil messages, have resorted to harming them to avoid the bad omen.

Positive misconceptions about these birds are also risky because they lead people to hunt the birds for their body parts. Some even kill them for their eyes, talons, or feathers, which are used as ingredients in love potions or magical brews. Since owls don’t proliferate as quickly as other birds, these superstitions have put them under threat of extinction.

Is It Unusual to See an Owl During the Day? 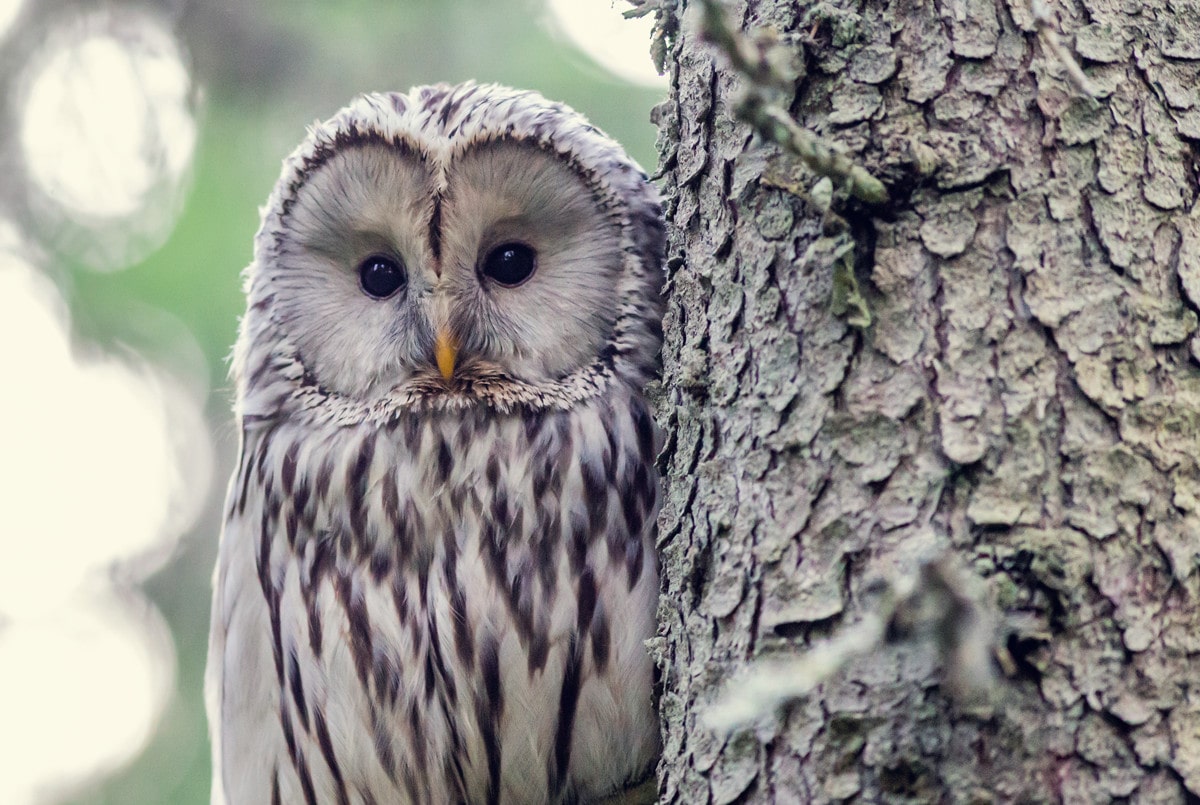 Since owls are nocturnal birds, they remain hidden in their nests during the day and come out to hunt for food at night. This together with their quiet life plays a big part in amplifying the mystery surrounding them. The fact that the birds usually come out at night makes people consider their sightings during the day strange.

Although many species of owls are nocturnal, it’s not unusual to find them active during the day. There are various reasons why this bird may change its nocturnal behavior, but this mainly occurs when it becomes hard for them to find food at night. This forces them to continue hunting during the day.

The most common species of owls that are active during the day include the Northern Hawk Owl (Surnia ulula) and Northern Pygmy Owl (Glaucidium californicum). It’s still not very clear why these two species show diurnal behavior instead of nocturnal. But some zoologists claim that it could be due to their preferred sources of food.

For instance, the Pygmy owl likes to hunt passerines and songbirds, which are diurnal. Similarly, the Hawk owl hunts smaller birds, mammals, and reptiles, which are active at daytime. These owls have adapted their hunting to when their preferred prey is active. Therefore, finding these owls roaming around during the day shouldn’t be considered out of the ordinary.

What Does It Mean When You See an Owl During the Day? 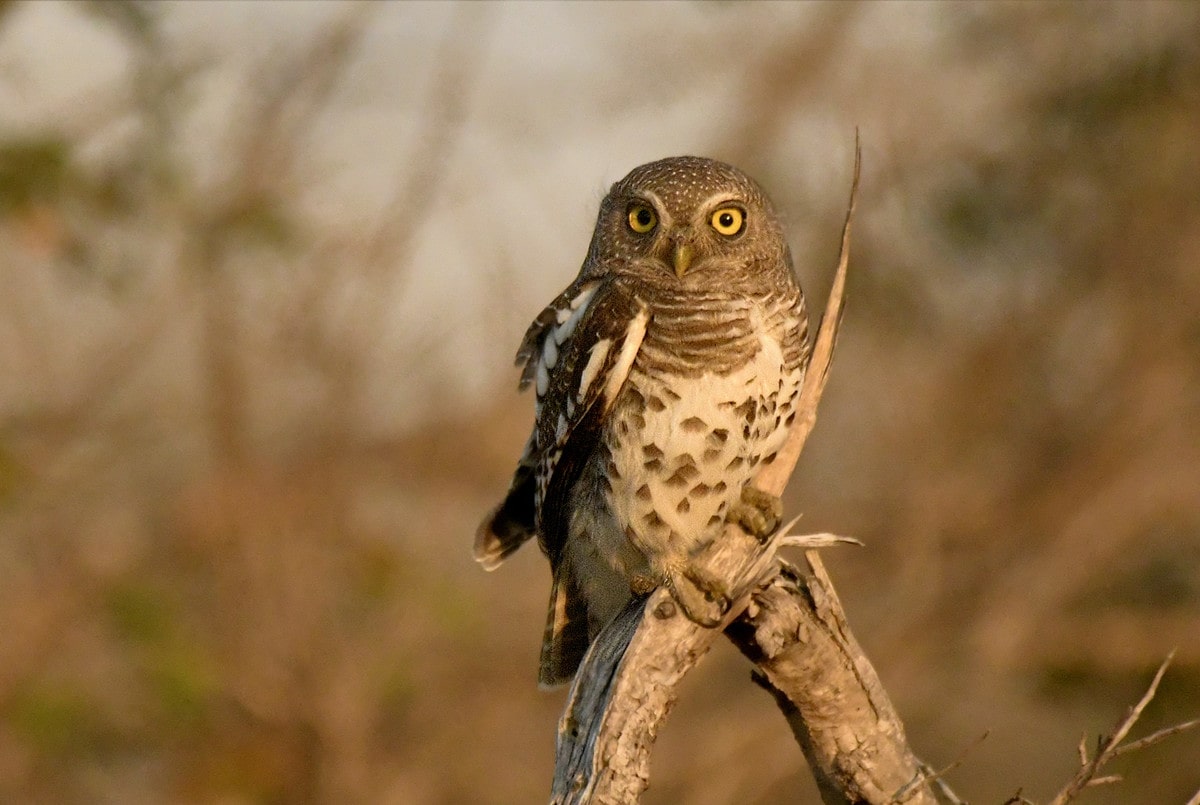 As discussed above, some people consider the sighting of an owl during the day to be a sign of bad things that are about to happen. Others see it as a sign of good things to come. So, how you interpret this sighting depends on your culture and belief.

With the wide range of opposing beliefs behind this bird, it’s difficult to conclusively determine what it means to see an owl during the day. So, in most instances, the interpretation of this sighting is influenced by the context of the owl. You need to consider how the owl appears to be able to interpret its meaning.

For instance, if you encounter a diurnal owl, it won’t have any significant meaning because it implies that the owl is simply searching for food. But when you encounter a nocturnal owl during the day, you can consider it a peculiar sighting and attach a meaning to it if you believe in owl-related superstitions.

For instance, this abrupt moment in your life could be a message from the spiritual realm that something significant is about to occur.

Apart from signifying death of a loved one, the sighting of an owl during the day might signify other important things like being called to pay more attention to whatever is happening in your life. It could imply that you’ve not been paying more attention to the most important things in life like your health, family, etc. Here are some of the common meanings of sighting an owl during the day.

Seeing a nocturnal owl in daytime could mean some aspects of your life lack balance. It could also indicate that you’re about to suffer a major imbalance in your life. Sometimes it can be interpreted as a warning that significant change are about to occur in your life. Fortunately, these changes may be good or bad.

Since owls are highly intelligent, seeing one during the day could signify a looming awakening experience. Because this bird comes out at night, seeing it during the day could mean that you are about to experience something that is completely outside your “box”. Seeing those wide round eyes of an owl may be interpreted to mean that soon you’ll begin to see things from a different perspective.

Owls are shrouded in mystery, with some people believing that they have access to the afterlife. Therefore, seeing one during the day could mean that you’re about to encounter a major veil of mystery in your life.

As a nocturnal creature, an owl rarely comes out in the daylight. Therefore, seeing one during the day could mean that you’re not where you should be. It could imply that you’re lost or far away from your preferred state. This sighting could also mean that you’re feeling uncomfortable about your current state.