close
Waximal > Animals > Learning About The Most Venomous Spiders in Arizona

Even the bravest man can jump at the sight of spiders. The hairy bodies and multiple legs of these creepy crawlies can scare the heebie-jeebies out of most people. While they are necessary for our ecosystem to thrive, some spiders can be extremely dangerous. Arizona is home to some of the most venomous spiders in the world.

If you find yourself in this state, one way to prepare for your trip is to learn about the venomous spiders in Arizona and how to ensure that your paths don’t cross.

How to Identify Venomous Spiders In Arizona

It requires a trained eye to spot a venomous spider easily. You will often only realize that you’ve been bitten after you see a red bite on your body.

Arizona, which has plenty of desert areas, has numerous spiders and other arachnids because the warm weather provides the perfect habitat for them to thrive.

You can identify the venomous spiders in Arizona by looking into their physical features, like their coloring and any distinct markings on its body. You can also consider where and how the spiders’ webs are.

For instance, a female black widow spider has a distinctly red hourglass shape on its abdomen that is easily visible.

The 3 Most Venomous Spiders in Arizona

Arizona has a total of 27 spider species, of which 3 have established themselves as highly venomous. These are the wolf spider, the black widow, and the Arizona brown spider. 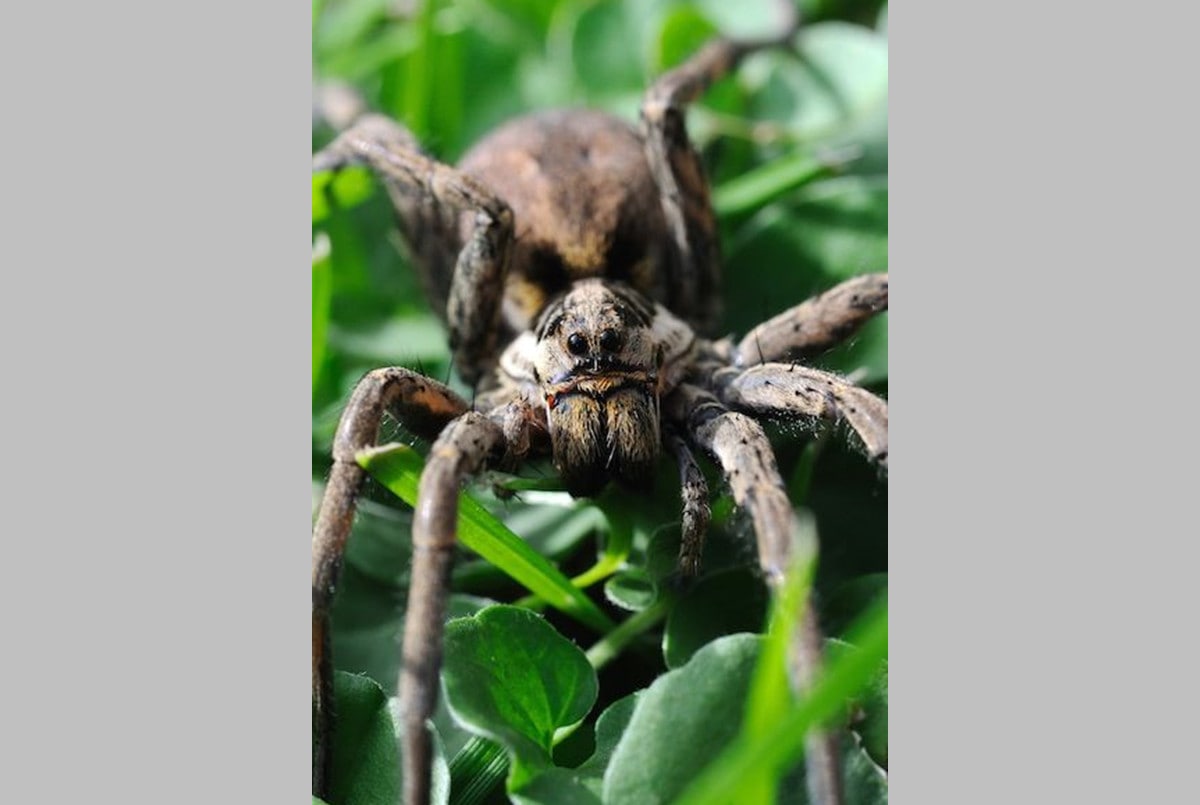 Probably the most intimidating venomous spider you will find in Arizona, the wolf spider (Hogna carolinensis) is a hunter spider similar to the tarantula. It wanders at night looking for prey, and when you shine a light on it at night you will see its green eyes shine.

Wolf spiders are also intimidating in size. Their bodies can reach up to 1.4 inches, with a length of up to 3/4 inches. They are usually dark brown to gray with specks of orange and peach.

This is one of Arizona’s most common house spiders, concealing itself under tables and chairs. Wolf spiders prey on other spiders and bugs and have predatory behaviors, but they are not a threat to humans. Despite the ominous name, wolf spiders only bite people when provoked.

The wolf spider’s bite is almost similar to a bed bug’s, except that the skin will be torn thanks to their large mandibles. Their bites can leave a small, red bump that can be excruciating and itchy. The bite itself is not dangerous, but if not treated correctly, it can lead to infections and inflammation of the lymph nodes. 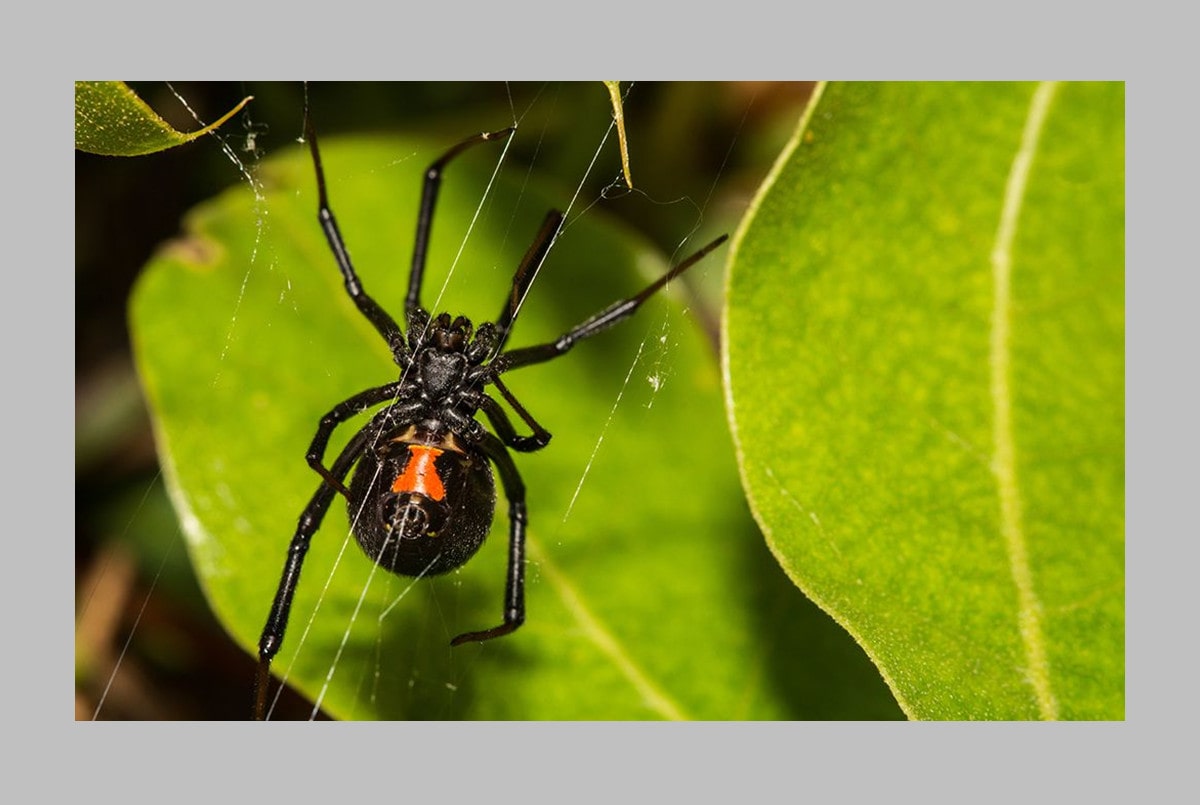 This spider has established a reputation for being a nightmare spider. As the name suggests, the black widow (Latrodectus Hesperus) is glossy black in color with a bright red to orange-colored hourglass marking on its abdomen’s underside. The female spiders are more prominent than their male counterparts, having a body that ranges from 1.5-2 inches with their legs extended. Male black widows are also tan and cream in color.

The bite of a black widow releases venom that targets the nervous system. This nerve toxin leads to muscle pain that progresses over time and causes difficulty breathing. The initial spider bite feels like a pinprick that can further lead to a sharp stabbing pain. Many people don’t even realize they were bitten until they feel the muscle pain. 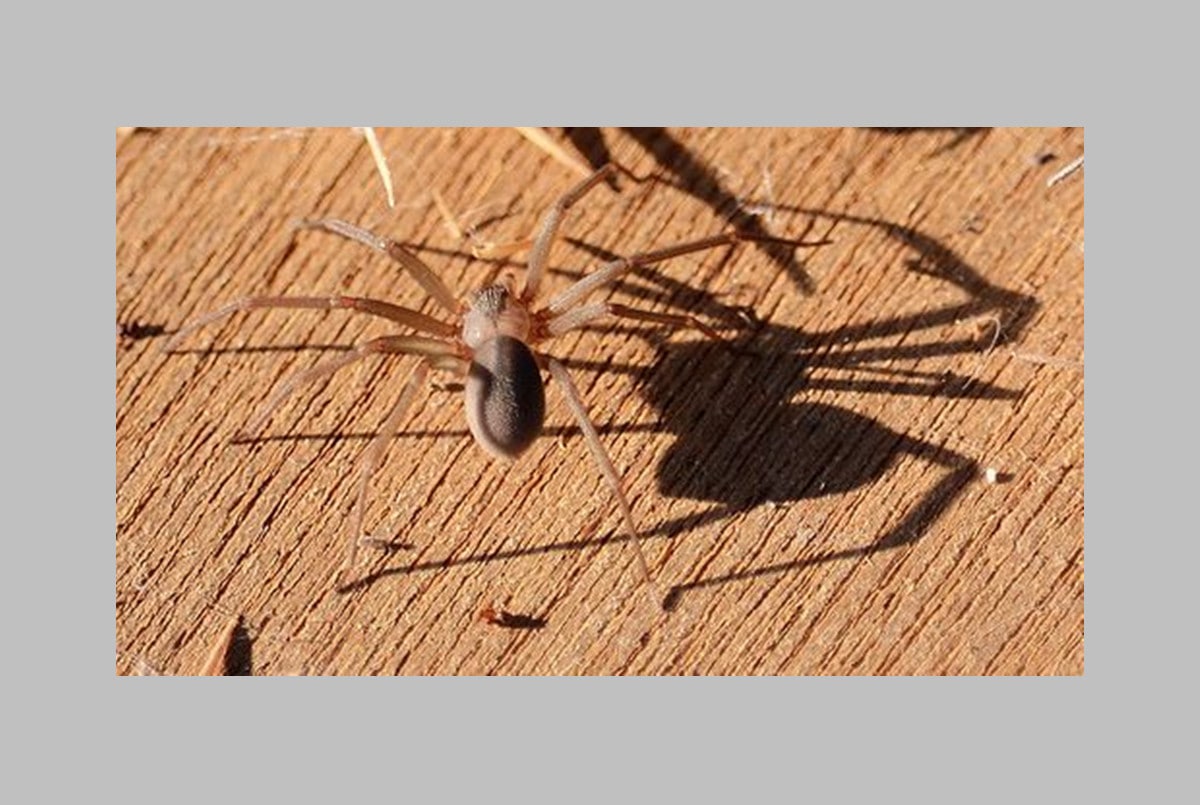 Often mistaken as the brown recluse spider (Loxosceles reclusa), the Arizona brown spider (Loxosceles arizonica) is a legit resident of the state. But it is easy to mistake one for the other because both have dark brown markings on the front part of their body that almost look like a violin.

Both are also two-toned, with their front area featuring a tan color while their rear regions have a gray color. These spiders also have three sets of eyes following a crescent pattern. The only way you can identify which of these two spiders is the Arizona brown spider is to look closely at their body because Arizona brown spiders are smaller.

Arizona brown spiders are desert arthropods and can be likely found under the wood or in dead cacti. You will only find them in urban areas if they’ve been transported unconsciously through the woods and cactus skeletons. These spiders are also timid and will only bite when they feel threatened or feel that they are trapped.

Their bite is hardly noticeable until it becomes a blister and open ulcer. A single bite can cause fatigue, fever, nausea, and even necrosis.

Other Venomous Spiders in Arizona To Beware Of 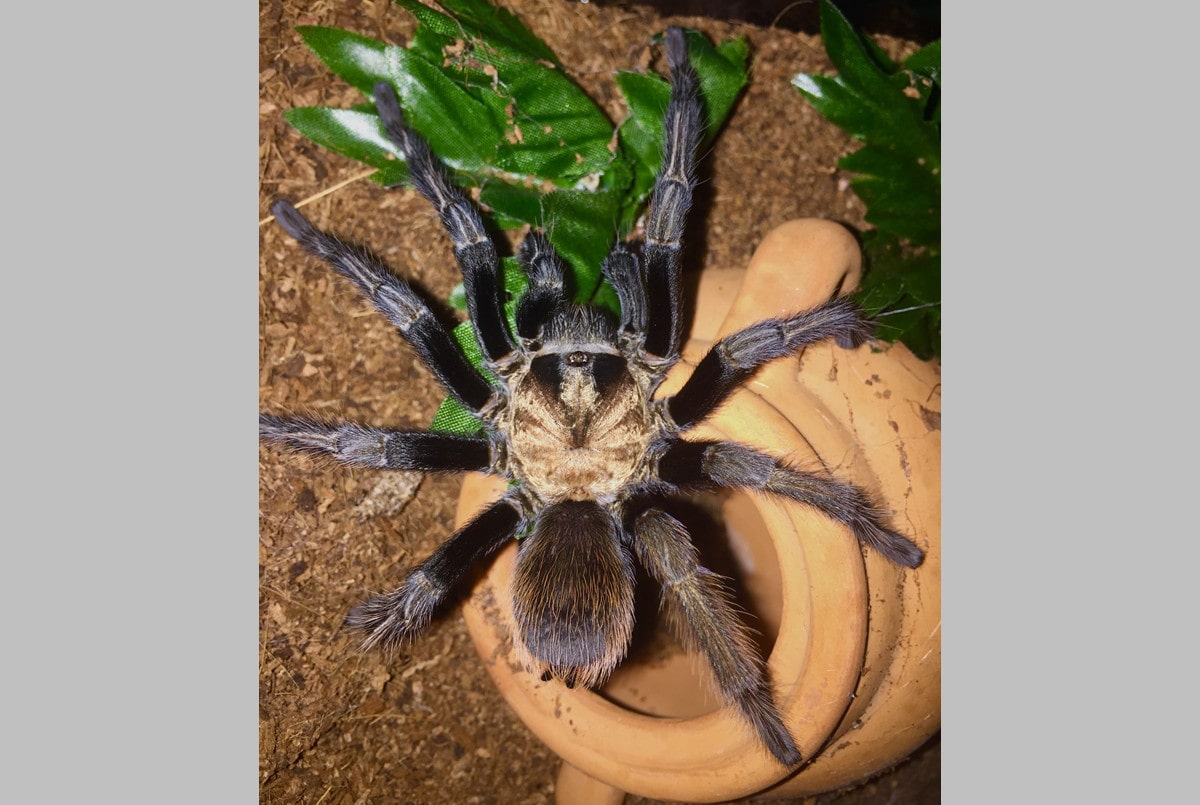 The poster spider for Halloween, tarantulas are one of the most popular spiders with creepy, hairy bodies and legs. They are harmless to humans, most of the time, but when they do bite, it is a painful experience. 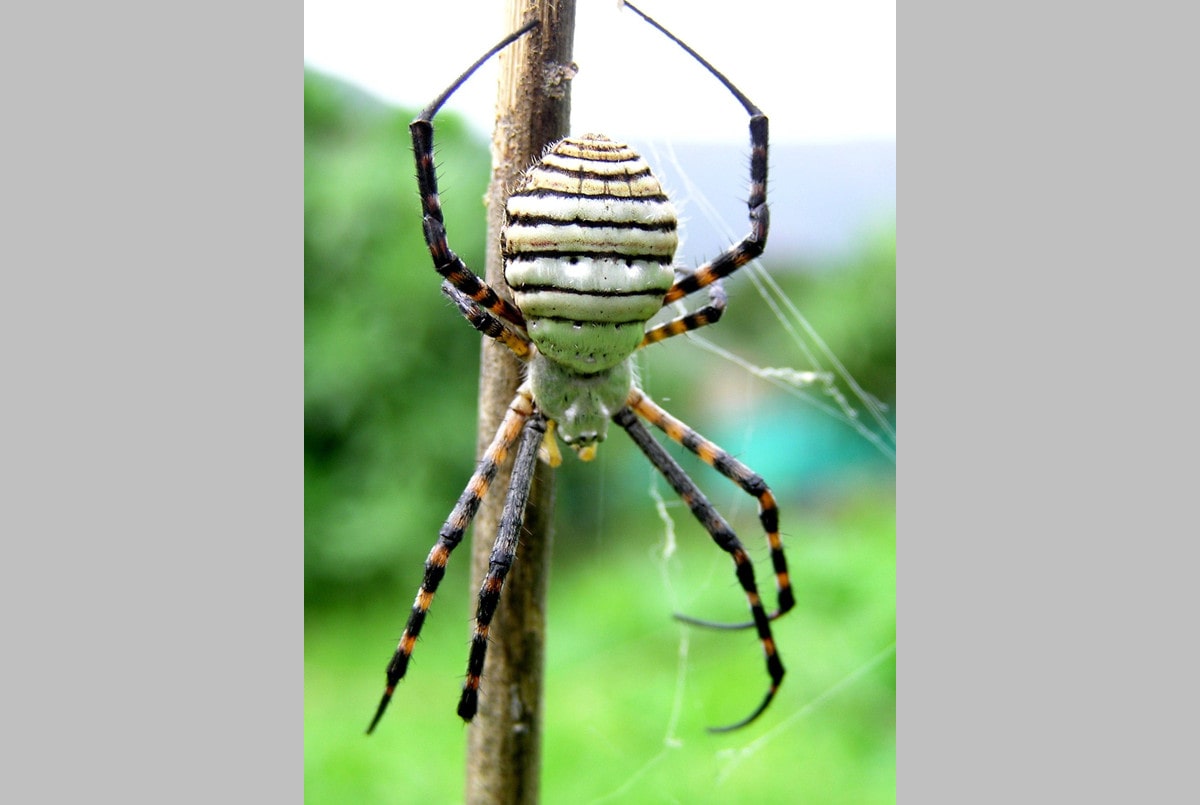 This yellow and silver spider with lots of black bands and yellow legs is another spider you need to keep an eye on. For their prey, like insects, their bite has enough venom to kill, but for humans, you’d experience something similar to a wasp sting. These spiders also don’t bite unless threatened, especially if they feel you are about to cause harm to their egg sacs. 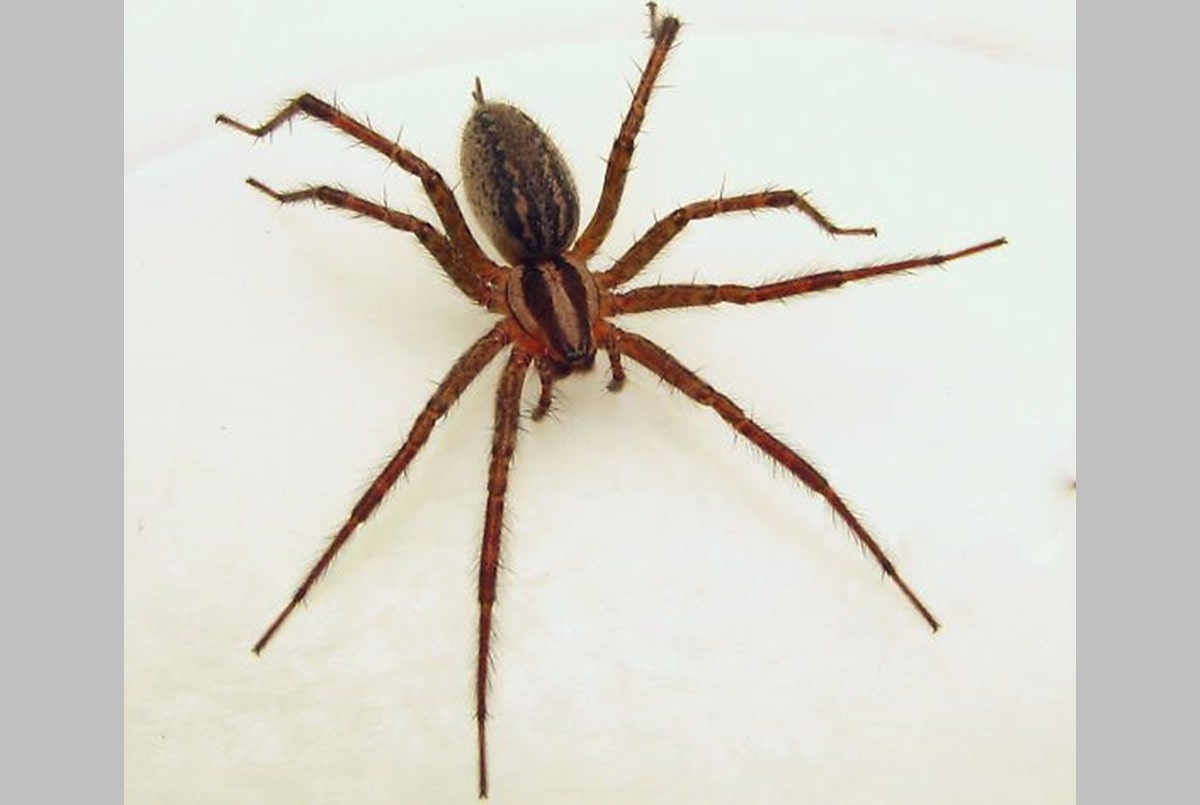 These spiders are commonly mistaken for wolf spiders, but you can always look for the three faint lines on this spider’s head to correctly identify it. The venomous grass spiders are shy creatures and will often scurry off when faced with any larger creatures. They are also not aggressive but can be if they feel cornered.