Crab is a delicacy across countries. But, this highly sought-after and celebrated seafood comes at a steep price. Enter imitation crab — or Krab.

What Is Imitation Crab? 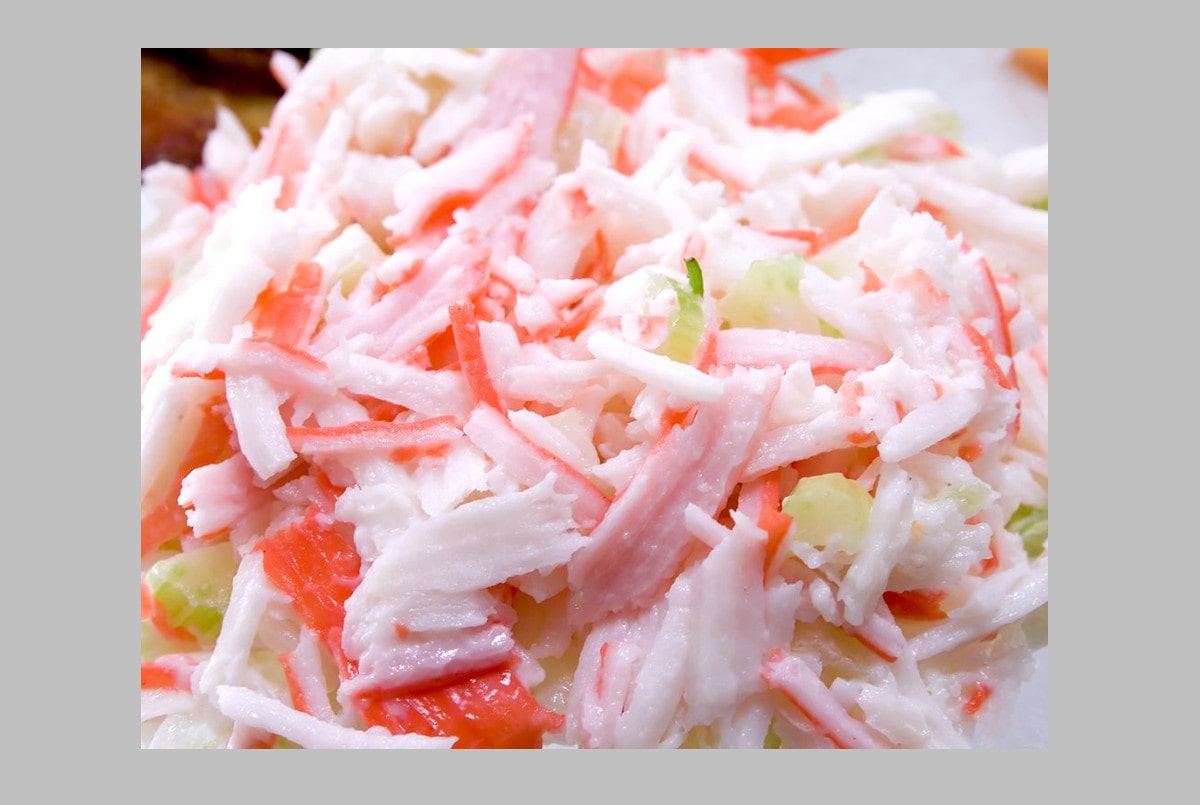 When you hear “imitation” crab, you may think its vegan/vegetarian. But, surprisingly, imitation crab meat is still meat — seafood, in fact — just not crab.

The name “imitation crab” comes from the fact that it is made to mimic the look and feel of the real thing. However, imitation crab is usually made using processed seafood meat, typically from whitefish, prawns, or shellfish.

Imitation crab is far less expensive than real crab, which is what makes it such a popular alternative. You will often find imitation crab meat on the menus of many restaurants worldwide used in seafood salads or sushi rolls.

How Is Imitation Crab Made?

The primary ingredient in imitation crab is surimi — a Japanese invention from the 12th century. Surimi is typically made using Alaska Pollock, which has a mild flavor and is relatively inexpensive.

The fish filets are skinned, deboned, and minced and then combined with egg whites and corn starch to create a fine paste. Various additives and preservatives are also added to stabilize surimi, along with artificial colors and flavors to recreate the look and taste of crab.

Crab is one of the most nutritious types of seafood available. It contains high amounts of protein, omega-3 and omega-6 fatty acids, and no carbohydrates. It is a dense source of vitamins B12, B6, and C as well as folate, copper, phosphorus, zinc, and selenium.

While imitation crab may not contain the same nutrients as real crab, it still offers some benefits as it is also made from seafood. Imitation crab is also cheaper and doesn’t require cooking, making it easier to eat on the go.

Imitation crab does not contain the same amount of nutrients as real crab.

Compared to real crab which is high in protein, low in fat, and has no carbohydrates, imitation crab meat has significantly high amounts of carbohydrates and low protein content.

The typical serving size of imitation crab, which is 85g, contains:

The same quantity of Alaskan king crab has:

While imitation crab is not as healthy as real crab, it still has a few advantages to its name. If you’ve never tried imitation crab, here are some popular reasons people go for imitation crab:

• Imitation crab is quite versatile as it doesn’t have a strong flavor. Its mild taste makes it go well in a variety of recipes.
• No cleaning, declawing, or preparation is needed with imitation crab. All you need to do is buy it already prepared.
• Since it comes frozen, you can simply pop it in the microwave.
• The cost of imitation crab is a lot cheaper.