Pit bulls are known for their quirky personality which makes them fun to be around. That’s why anyone looking to own a dog as a pet is likely to pick a pit bull as their first option. But you have to choose your pit bull carefully because there are many other dogs that look like pit bulls.

This article offers a conclusive list of 9 dogs that are often mistaken for pit bulls. 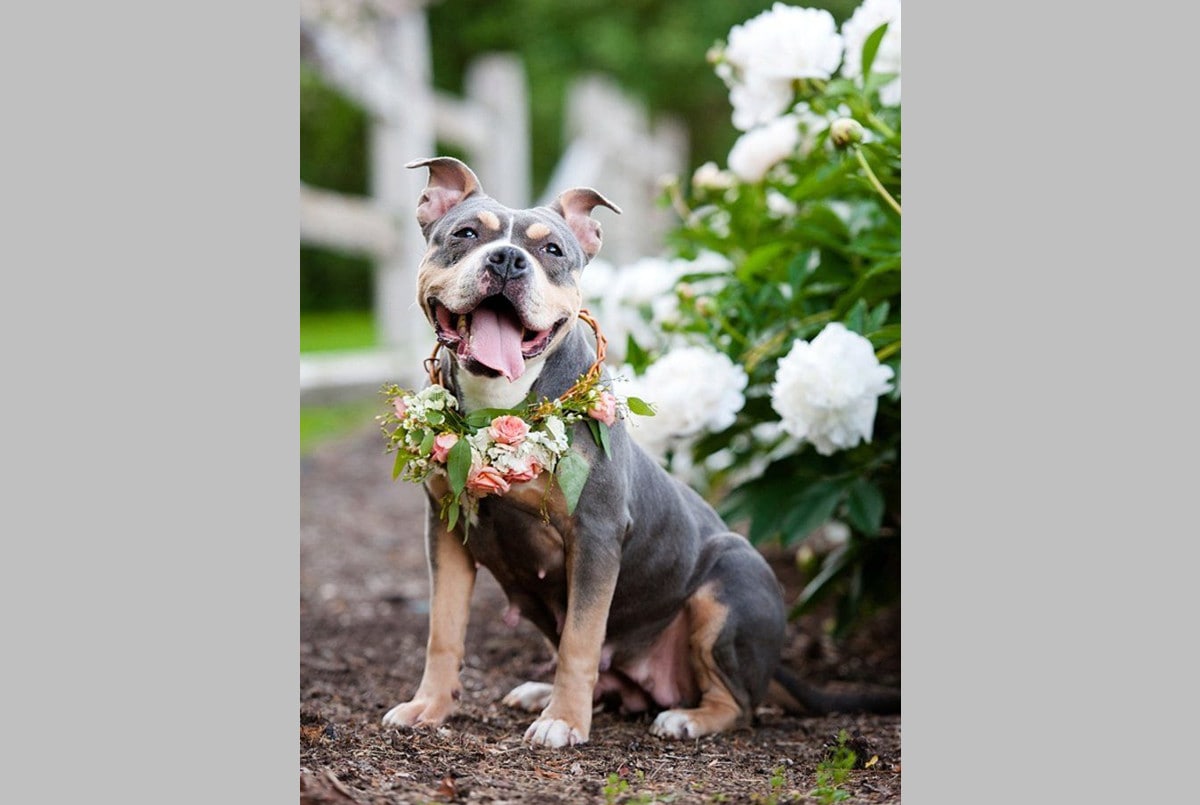 A pit bull is a popular dog breed that descended from bulldogs and terriers. This type of dog is very common in the United States. In other parts of the world like the United Kingdom, the term “pit bull” is normally used as an acronym for the American Pit Bull Terrier dog breed.

A pit bull is believed to have originated in the United Kingdom in the early 1800s and it was bred from the ancient English Bulldogs, which resembled the current American Bulldogs. This dog gained its fame on the British Isles during the cruel blood sport referred to as “bull baiting”.

During this sport, one or two adult bulldogs were released upon a bull and allowed to attack it until it collapsed from injuries or exhaustion. The sport was very popular among the poor people who considered it a great source of entertainment and respite from the boredom of their hardships. But the British Parliament outlawed this sport in 1835 when it passed the Cruelty to Animals Act.

The people who enjoyed bullbaiting soon discovered another animal sport known as “ratting”, which pitted several dogs against rats to see which one slayed the largest number of rats in the shortest time possible. The rats were put into a pit to prevent them from escaping. This is where the name “pit” came from.

Since this sport required a dog with the tenacity, speed, and agility to catch as many rats as possible, the people had to find a special dog breed with these traits. That’s when they started crossbreeding bulldogs with terriers. The resulting breed was commonly referred to as Pit Bull Terrier.

Despite their tenacity and determination on the battlefield, pit bull terriers still had the same characteristics that people still love about them to date. Breeders used selective breeding and culling to encourage bite inhibition towards dog owners and gamblers during ratting.

Those who participated in this sport wanted an assurance that they could get into the pits with their dogs and maintain close proximity with them without the risk of getting bitten.

Any dog that bit a person was immediately culled. When the Civil War broke out, people migrated from the British Isles to the United States, where they arrived with most of their valuable possessions, including their pit bulls. Soon after their arrival, the pit bull terrier dog earned a new title, “American Pit Bull Terrier”.

Although this dog breed was intended for fighting, it became larger and a priceless feature that could take on any role. For instance, it could herd cattle and sheep, as well as guard livestock and family members, especially kids, against wild animals and intruders. This trait earned the pit bull a great deal of recognition both as an acquaintance and a working dog.

Since then, pit bulls remain a prominent part of the American culture, which has already spread to other parts of the world like Asia and Africa. People like this dog breed because it’s hardworking, brave, friendly, respectful, and fun.

The normal size of a pit bull ranges between medium and large while its standard weight ranges between 30 and 90 lbs. It has a strong, muscular physique and a short, smooth coat with varying colors. The difference in size and color can be attributed to the fact that pit bull is a mix between various bulldogs and terriers.

Its body is long with a short tail that looks like a whip and ends in a point, while its ears are either small or medium-sized. They’re usually set high on the broad, flat head. Pit bull’s broad powerful jaws are its most defining facial feature. The average lifespan of this dog breed is between 12 and 14 years, depending on its current living conditions and overall health.

Although pit bulls are unique dogs, they share some striking similarities with other dog breeds. That’s why so many people mistake them for other dogs. So, if you’re searching for a pit bull, you need to be very keen not to pick the wrong breed. Here are the 9 dogs that look like pit bulls. 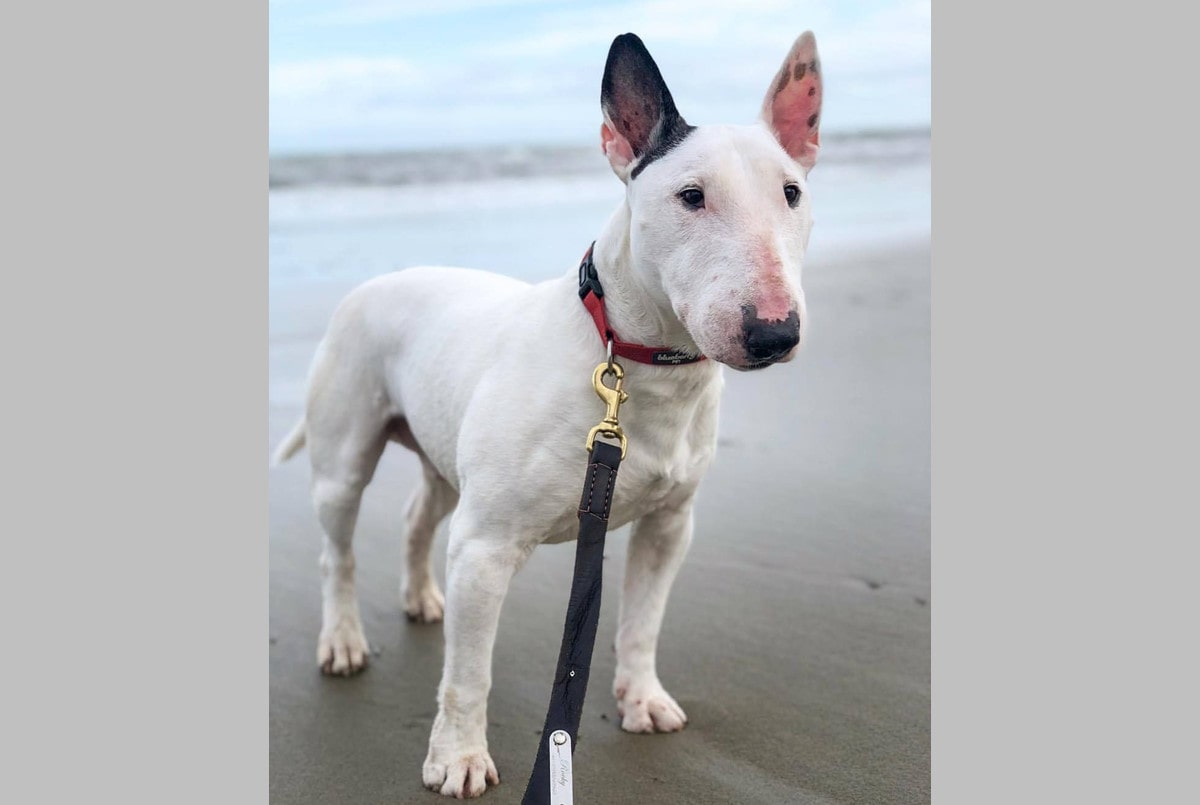 A bull terrier is quite recognizable thanks to its unique physical appearance. Its head is somewhat sleek and has triangular eyes. Its body is a bit smaller than that of a standard pit bull and lacks the same strong and muscular build as that of a pit bull.

Nevertheless, this dog breed can easily be mistaken for a pit bull because it shares a lot of traits with a pit bull, especially with regard to activities and mannerisms. For instance, it requires a lot of physical activities to stay fit and healthy.

So, like pit bulls, they can easily get into trouble while trying to release excess energy. This dog breed is also very hardworking and excellent for keeping your property and loved ones safe. 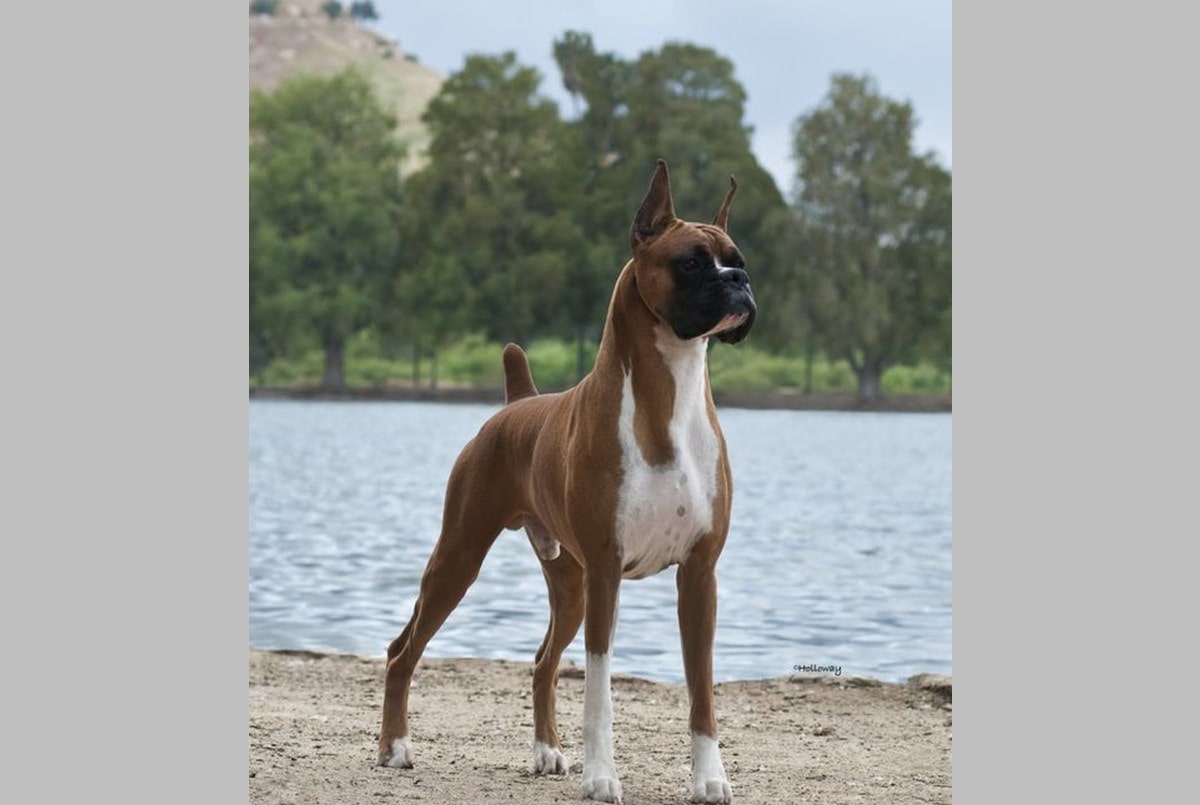 At first glance, it’s very easy to mistake a boxer for a pit bull due to its overall body shape and color. Its face is relatively square and usually shares the popular fawn color with a pit bull. But when you pay close attention to it, you’ll notice some of the glaring dissimilarities in its physical features.

For instance, a boxer is larger than a pit bull and has a more compressed muzzle. But like a pit bull, a boxer has a lot of energy that can at times land it in trouble while trying to get rid of it. So, it requires regular exercise and enough training. 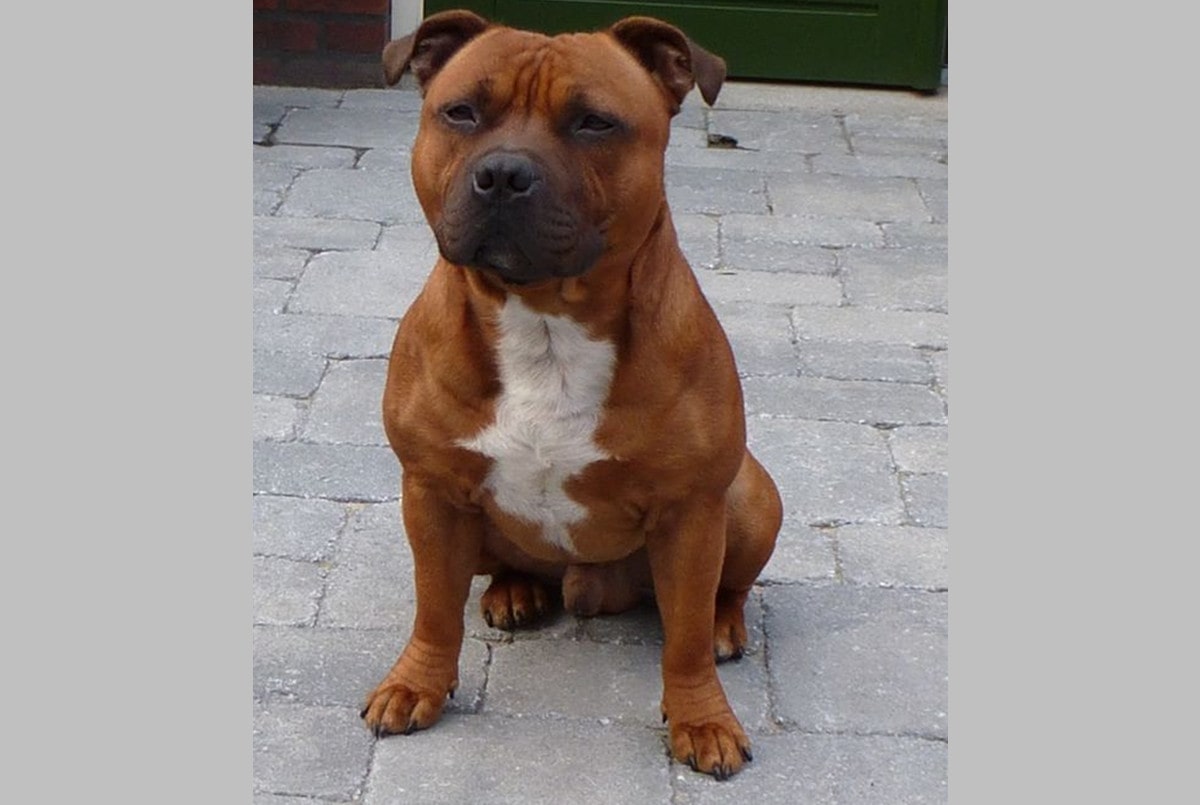 This is the dog breed that closely bears a resemblance to a pit bull. Many people mistake a Staffordshire bull terrier for a pit bull due to its striking likeness. Its face is square with a large neck just like that of a pit bull.

This breed also has a fairly long body like that of a pit and can easily grow huge muscles, depending on the kind of physical activities it does. But it’s a fairly calm dog despite its aggressive appearance. It’s also very loyal and fun to be with. 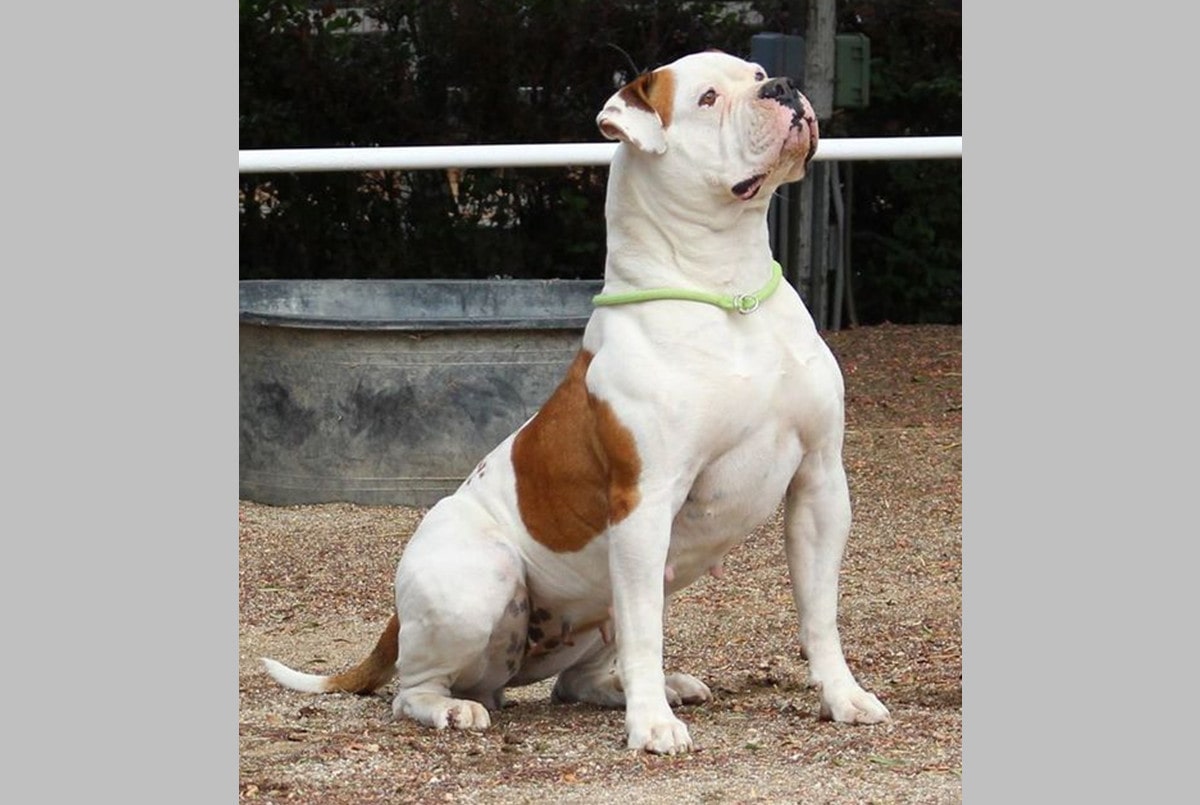 An American bulldog has the same strong and muscular build, a broad head, and a powerful jaw as that of a pit bull. That’s why it’s easy to mistake it for a pit on the surface. But when you pay close attention, you’ll notice that the American Bulldog is slightly larger than a pit bull. Furthermore, it’s not as energetic as a pit bull. 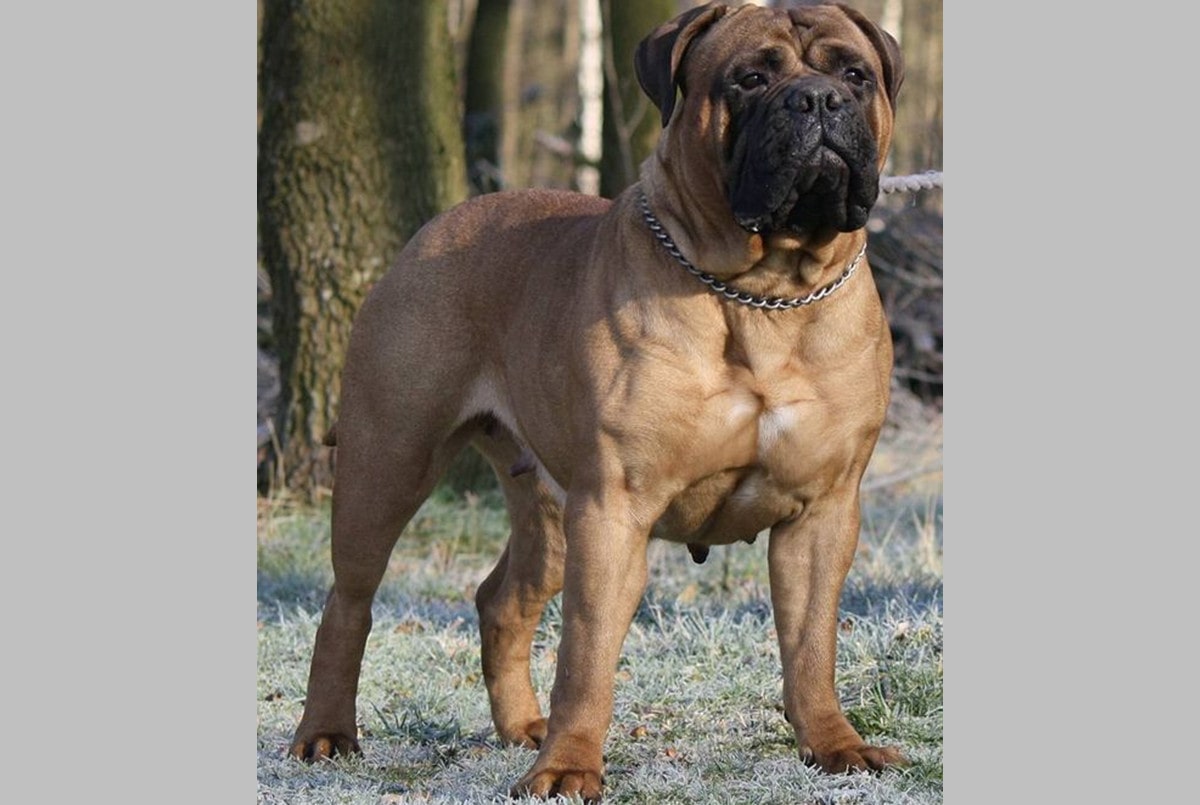 This dog breed is quite intelligent. Its history is quite long and eminent. It’s usually kept as a guard dog because of its protective and loyal personality. However, it can be quite stubborn. 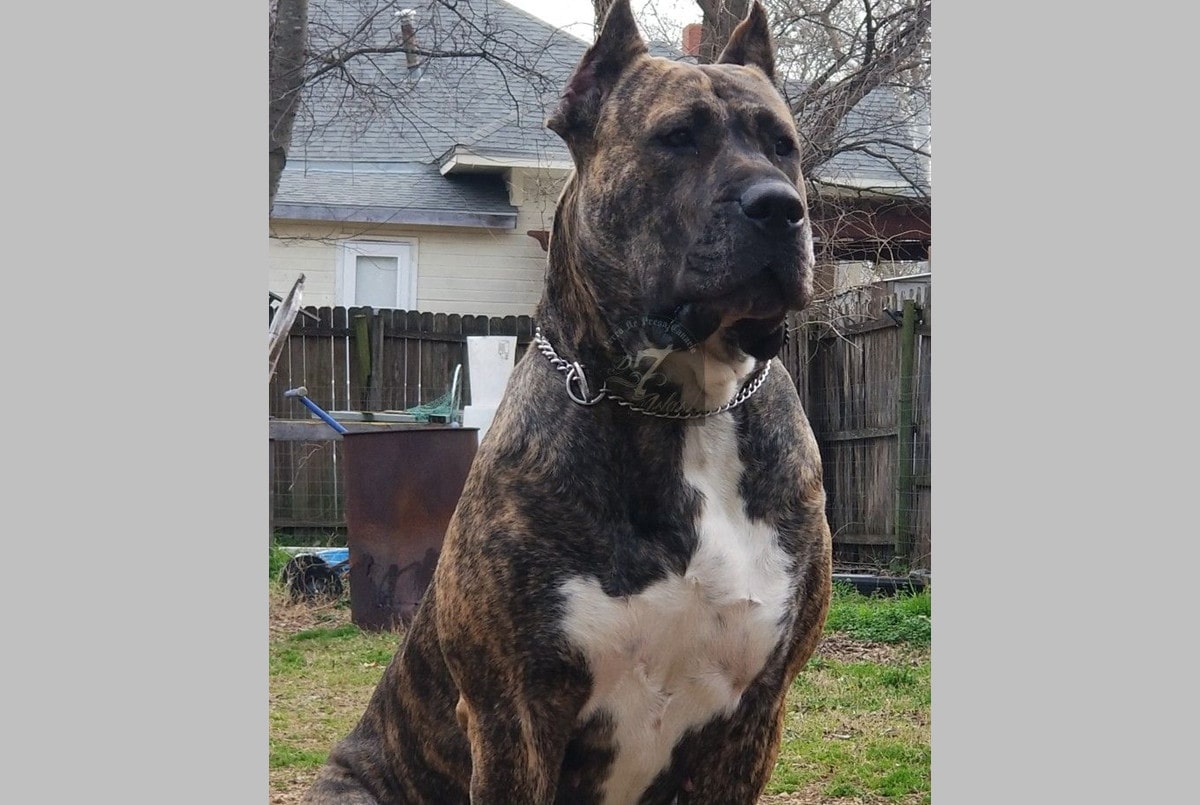 This dog breed is deemed to be the most ideal guard dog. Its aggressive appearance makes it the perfect dog to keep intruders out of your property. However, it’s not the right choice for a first-time dog owner because it requires a lot of training. It has a triangular face, a broad head, and a strong, muscular build just like a pit bull. 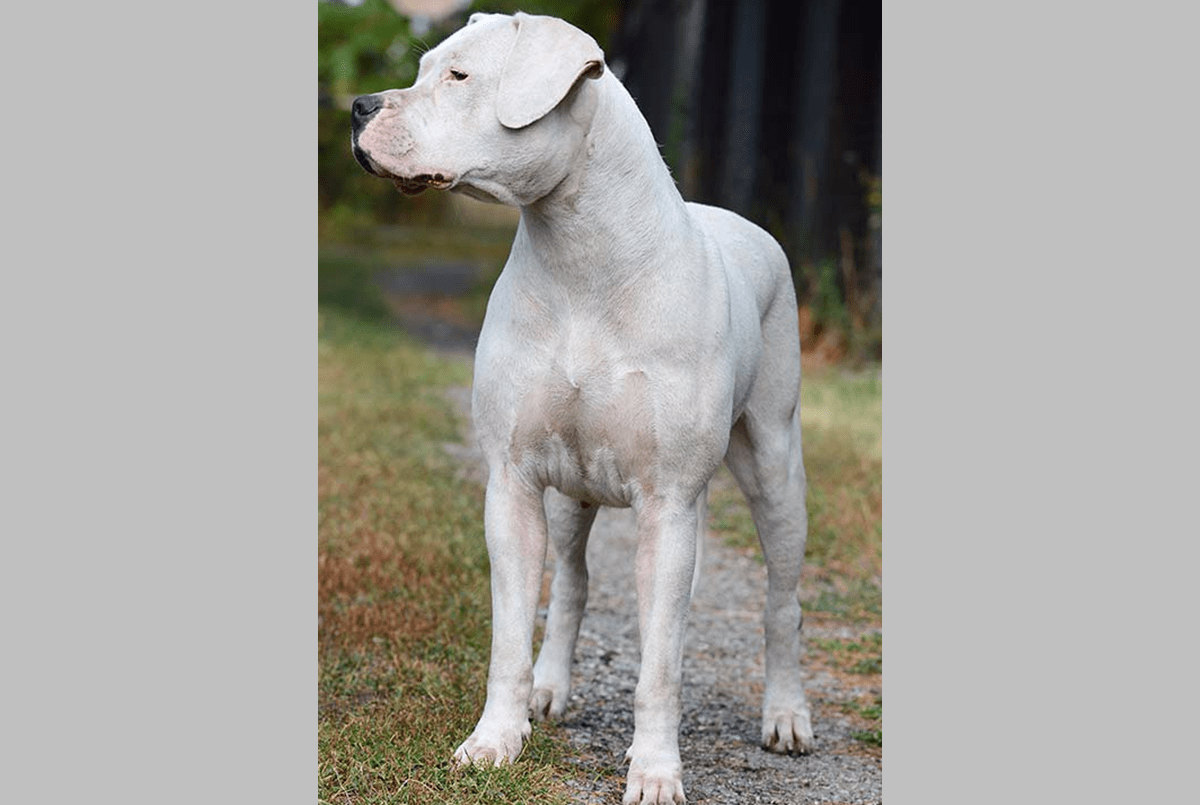 This dog breed was bred for the sole purpose of keeping its owners safe. It’s a perfect guard dog, thanks to its aggressive nature. Its physical appearance, especially its triangular face and muscular build, makes people mistake it for a pit bull. 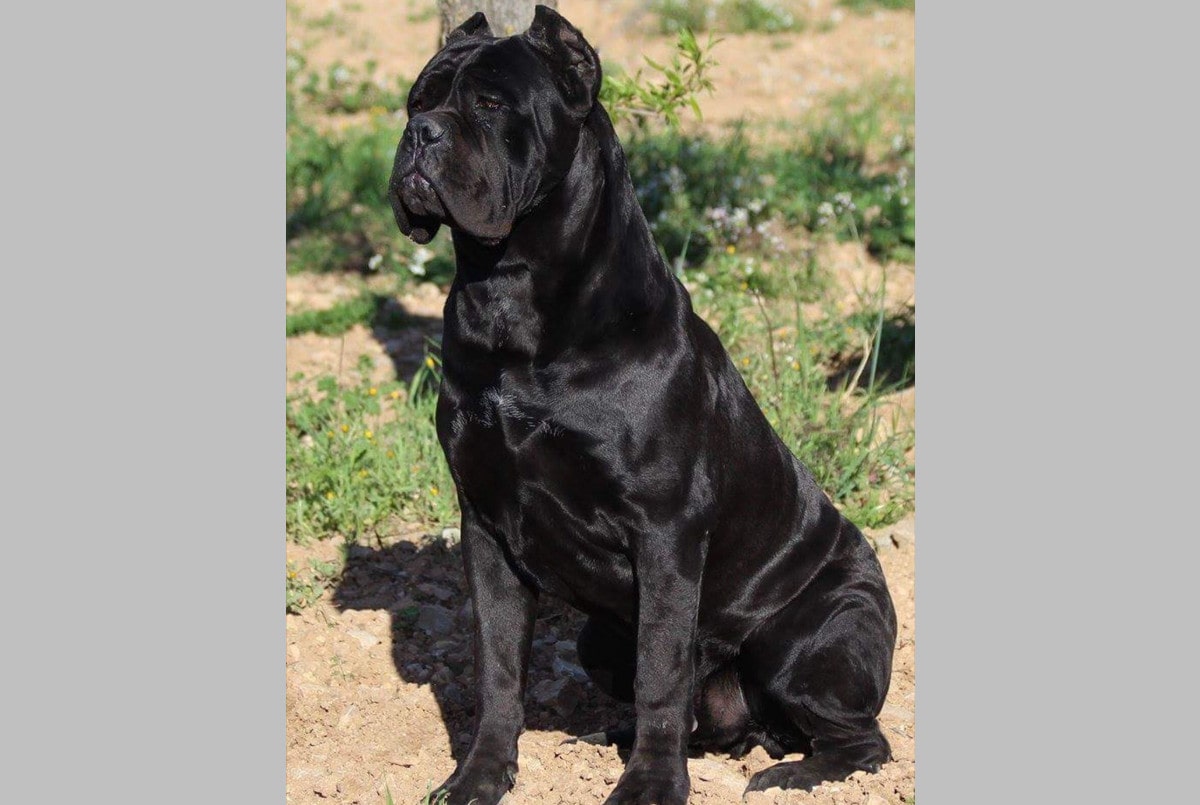 The term “Cane” is an Italian word for “dog” while “Corso” is derived from the term “Cohors”, which stands for “protector”. This breed is usually kept for protection. It can be quite aggressive when provoked. Its broad face makes it look like a pit bull. 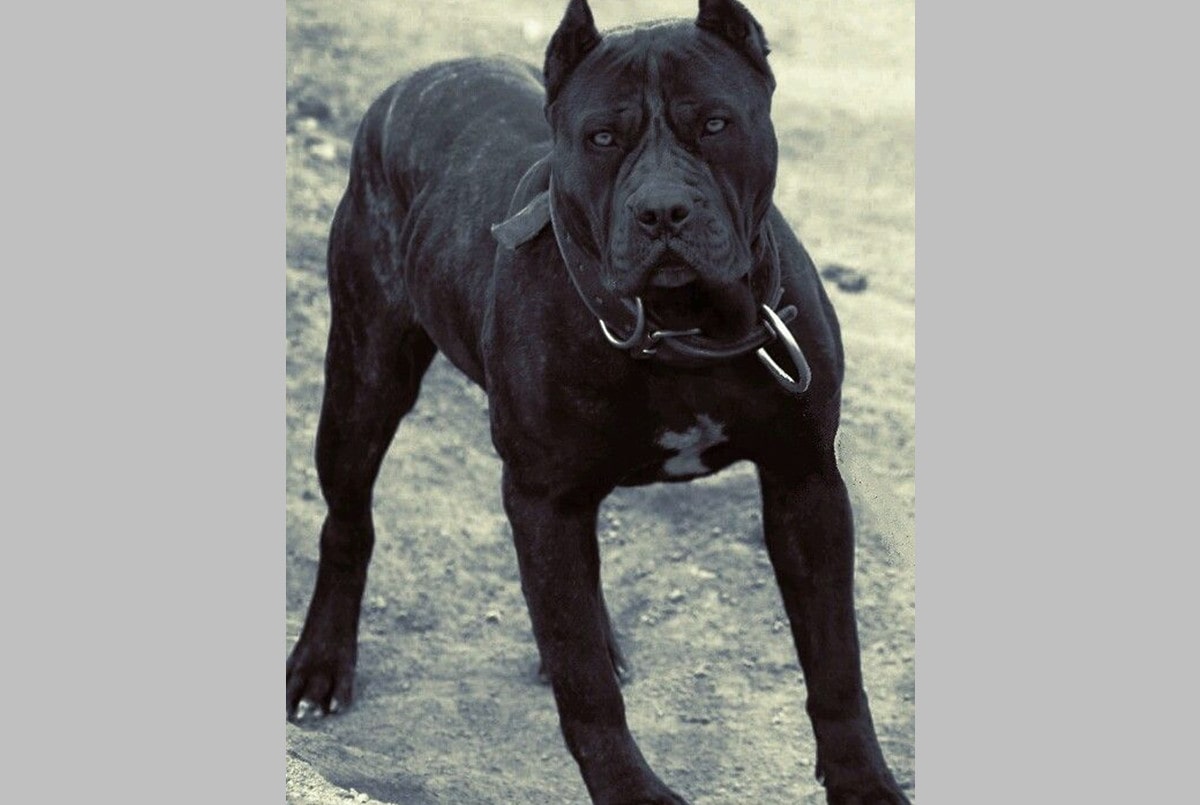 This is a fairly new dog breed, which was strategically bred to be the perfect guard dog. It attaches to its owners quite easily and is very sensitive to human emotions. Therefore, it requires firm training that’s devoid of harshness.

It has a triangular, broad face and a strong, muscular build like a pit bull. But it’s dramatically larger than a pit bull. An adult male Ambullneo Mastiff can weigh up to 150 pounds.